Chapter One The Manifestations of Middle Sister’s Anxiety in Milkman

On the ground that May classifies anxiety as normal and neurotic ones, this part will demonstrate how the heroine’s anxiety emerges and turns into a neurotic one. In Milkman, the main storyline centralizes in  her retrospective narrative of Milkman’s harassment. This  harassment  dramatically influences her psychological  state. When Milkman appears in the heroine’s life, she begins a progression of anxiety that she cannot constructively treat, leading to her neurotic anxiety.

“Anxiety  is  the  reaction  when  a  person  faces  some  kind  of  destruction  of  his existence or that which he identifies with it” (May, 1977: 343). Milkman’s appearance is an essential occasion that activates the narrator’s anxiety. His first appearance from nowhere startles her when she is reading while walking. Milkman casually speaks out the male names of her family and offers her a lift unaccepted by “middle sister”. Then he  disappears  of  a  sudden.  His  behaviors  confuse  “middle  sister”.  After  the  first encounter with Milkman, her “first brother-in-law” fabricates the rumor that “middle sister”  is  the  mistress  of  Milkman.  Milkman,  who  appears  from  nowhere  and  will disappear in a sudden, again presents while “middle sister” is running. It is in the second encounter that she knows Milkman’s intention. “I knew by this second meeting that the milkman was attracted to me” (Burns, 2018: 6).

As May has stated that symptoms follow neurotic anxiety, anxiety symptoms are developed in accord with the heroine’s progressive emergence of anxiety. This part will illuminate her psychosomatic symptoms. Her anxiety symptoms appear in Milkman’s second encounter with her in the run session. The initial symptom of her anxiety state is her notice of the state force’s click for the first time. Such click is a usual practice that happened before Milkman’s appearance, but she forgets due to her “memory lapses” (Burns,  2018:  43).  She  is  in  fear  of  her  being  photographed  by  the  state  for  her association with Milkman. As Milkman is assumed as a member of “renouncers-of-the-state”, the narrator’s association with him is dangerous for her survival.

The morning after that run session, and earlier than usual, and without telling myself why, I walked out of my way to the other side of the district to catch a different bus into town. Also I got that same bus home. For the first time ever I did not do my reading-while-walking. I did not do my walking. Again I did not tell myself why. Another thing was I missed my next run session (11). 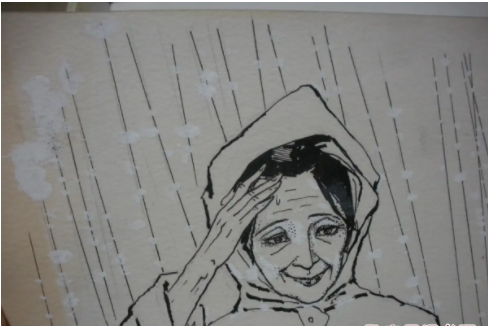 Chapter Two The Causes of Middle Sister’s Anxiety in Milkman

2.1 Historical Cause: The Sectarian Conflicts

Anxiety is conditioned through historical dimensions. Of great significance is to analyze  the  historical  cause  of  the  female  protagonist’s  anxiety.  Although  Burns removes  the  accepted  terminology  of  The  Troubles  in  Milkman,  several  occasions intimate that background of this novel sets in the 1970s. For example, “the Nineteen -Seventies”  (60),  and  “the  political  problems  of  eleven  years  were  going  on”  (58). Concerning the historical aspect, it is essential to illustrate the origin of The Troubles.

When  Ireland  established  its  independent  country  in  1921,  the  six  north-eastern counties of Ireland made up the new state, remaining a part of Great Britain. Northern Ireland is composed of two-thirds Protestants and one-third Catholics. The unionists, consisting of the Protestants, hope to keep  a close link with  the British government. While the nationalists, mainly the Catholics, “considered themselves trapped in this new state, denied their Irish identity, cut off from their co-religionists in the Free State and  politically powerless”  (McKittrick  &  McVea,  2002:  5). Northern Ireland’s first minister  Sir  James  Craig  replaced  the  voting  system  (known  as  proportional representation) with the first-past-the-post system. This management led to Northern Ireland running “on the basis of Protestant majority rule for the following half-century, actively  discriminated  against  Catholics  in  the  allocation  of  jobs  and  housing,  over political  rights  and  in  other  areas”  (McKittrick  &  McVea,  2002:  5).  As  the discrimination  against  Catholics  increases  intensely,  nationalists  argue  for  more participation in the state in the 1960s. “The origin of the present conflict lies in the mass protests of the civil rights movement in the 1960s against the systematic exclusion of Catholics within Northern Ireland from political and economic power” (Sales, 2002: 2).

In  Milkman,  two  social  causes  threaten  the heroine’s  existence.  The  first  is  the totalitarianism  in  her  community.  Anna  Burns  accounts  Milkman  as  “any  sort  of totalitarian  society  existing  in  similarly  oppressive  conditions”  (Burns,  2018, interviewed by Allardice). In this novel, the protagonist “middle sister” evaluates her district  as  an  “intricately  coiled,  overly  secretive,  hyper-gossipy,  puritanical  yet indecent, totalitarian district” (Burns, 2018: 172). In their district, everything bears the political standpoint.

“As regard this psycho-political atmosphere, with its rules of allegiance, of tribal identification, of what was allowed and not allowed”, all things in their life such as their names, eating, studying are distinguished from “the country over the water” (24). The narrator’s  community  performs  as  a  Panopticon  (Morales-Ladrón,  2019).  In  this “enclosed,  segmented  space”,  community  members’  “slightest  movements  are supervised  and  recorded”  (Foucault,  1979:  197).  Applying  this  “Panopticon” mechanism, “a real subjection is born mechanically from a fictitious relation” (Foucault, 1979: 202). The community members conform to their ruling without the renouncers’ force to restrain them. They are turning into docile bodies. 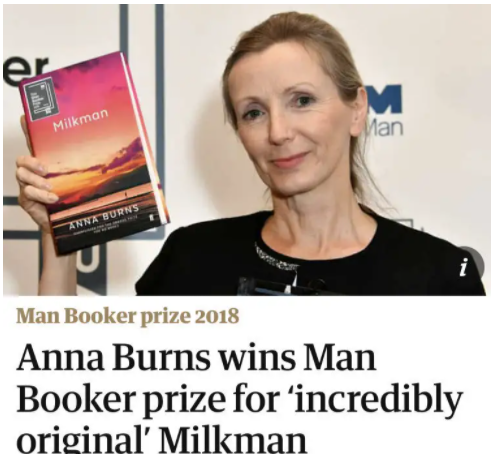 As  the  narrator’s  anxiety  develops  into  a  neurotic  level,  coping  with  the  inner conflicts in neurotic anxiety is crucial for alleviating anxiety. In Milkman, the heroine’s neurotic anxiety is relieved when she resolves her inner conflicts. The inner conflicts are the contradiction between her self-autonomy and the adherence to the collective mindset. The narrator eventually submits to the representative of “armed patriarchy”–Milkman. She is forced to adhere to the collective mindset to seek survival.

In  addition  to  the  coercion  of  the  community  and  Milkman,  her  submission  is attributed to the other two elements. Before she submits to Milkman, she has tried to protect  herself  from  the  community’s  invasion  and  the  “wrong  spouse”  marriage. However, her self-defenses fail. Firstly, her defense against the community’s invasion fails. She has applied a verbal mechanism against the community’s member’s questions. The community members believe that she is the mistress of Milkman. They confound the absolute truth with the rumors. When the rumors are accepted by the members as the truth, it has damaged her relationship with “maybe-boyfriend”. What’s more, her neurotic  verbal  behavior  “I  don’t  know”  results  in  her  losing  reason  rather  than protecting herself.

Anna Burns expresses her  thought-provoking  insight  towards power, violence, individual survival, and the psychological effects reflected in a political turmoil society.   Her own experience in Belfast provides her with diverse perspectives to delineate a society with the background of the Northern Ireland conflict. This Man Booker Prize awarded book Milkman offers opportunities for the reader to study how a girl in a totalitarian society with strict sectarian rules reacts to the conflicts to seek survival.

This thesis studies manifestations, causes  and alleviating ways of the heroine’s anxiety.  Firstly,  this  thesis  analyzes  the  manifestations  of  her  anxiety.  Milkman’s constant invisible harassment and the rumors activate the heroine’s anxiety. The heroine fails to deal with the anxiety at the conscious level, leading to a neurotic one. Neurotic anxiety represses her creative activities and blocks her awareness, resulting in a series of symptoms and neurotic behaviors. Paralyzed by neurotic anxiety, she cannot conduct constructive activities to cope with the anxiety-creating situations and figure out the real threat. The manifestations of the heroine’s anxiety reveal how anxiety paralyzes her psychology and damages her physical health.