1.1 Niq Mhlongo and His Dog Eat Dog and Way Back Home

Niq Mhlongo is one of the representative literary figures of the first generation of black writers in post-apartheid South Africa. He shoulders the important  role as writer in  “voicing  for  the  blacks  and  reshaping  history”.  (Obi-Young,  2018)  A  well-known Chinese  scholar  considers  him  as  “one of the most  distinguished  young  writers  in  the post-apartheid South Africa”.  (Jiang,  2017)  The  New York  Times  also  acclaims  him  as “one  of  the  most  high-spirited  and  irreverent  new  voices  of  South  Africa’s post-apartheid  literary  scene”.  (Donadio,  2006)  His  works  have  won  him  an international  reputation  and  many  important  awards  though  he  is  not  prolific.  His Spanish  version of  Dog  Eat Dog  won the Mar de  Letras  Internacionale  Prize in 2006. His Soweto, under the Apricot Tree won The Herman Charles Bosman prize and Nadine Gordimer prize for short stories in 2019.

Mhlongo was born in Midway Chiawelo in Soweto on June 10, 1973, as the eighth of ten children. “His mother is from the northeast Limpopo province. His father, who was  a  sweeper  in  a  post  office,  died  when  he  was  a  teenager.  After  his  father’s death, Mhlongo’s older brothers supported the family. He lived in Soweto as a child but was sent to Limpopo for his primary and secondary education by his parents, who wanted to safeguard him from the rising tensions in Soweto.” (Moreillon & Stiebel, 2015) “When Mhlongo was a child, there was no other ways for him to understand the world except reading.  As  his  elder  brother  studied  medicine  at  KwaZulu-Natal  University,  he collected  many  works  written  by  African  writers,  including  works  of  Ngugi  wa Thiong’o, Chinua Achebe, and Ayi Kwei Armah and other African writers. These books have nourished his mind”. (Jiang, 2017) They have helped Mhlongo deeply realize the unequal  relationship  between  Africa  and  the  West,  the  erosion  of  native  culture  by Western civilization, and the profound sufferings of African people caused by colonial rule.  Their  emphasis  on  the  establishment  of  national  self-confidence  and  self-esteem, their  criticism  of  the  national  leaders’  abuse  of  power  as  well  as  corruption  after independence,  and  their  reflections  on  colonialism  and  nationalism  have  exerted  great influence on Mhlongo’s writings.

Introduction to literature review can be divided into three parts. The first part will generalize  the  research  on  Niq  Mhlongo’s  works.  The  second  and  third  part  will respectively introduce relevant domestic research and foreign research on Dog Eat Dog and Way Back Home. To begin with, according to incomplete statistics, there have been about  sixty  articles  on  Mhlongo  and  his  fiction,  including  book  reviews,  interviews, thesis,  and  journal  articles  in  the  past  seventeen  years.  Apart  from  the  sixty  articles, there  are  some  researchers  who  mention  him  as  “the  new  and  young  voice  of  South Africa”  in  their  papers  without  detailed  discussion.  Mhlongo’s  writings  do  not  arouse South African scholars’ interest at the beginning of their publications but are recognized by  international  literary  circles.  After  the  publication  of  his  debut  novel,  he  has  been acclaimed as “one of the most high-spirited and irreverent new voices of South Africa’s post-apartheid literary scene” by the New York Times. (Donadio, 2006) In recent years, South African scholars have paid increasing attention to his works while most Chinese researchers are still unfamiliar with Niq Mhlongo’s works.

The second part deals with the domestic research on Mhlongo’s Dog Eat Dog and Way Back Home. In 2017, Jiang Hui, a visiting scholar at University of Witwatersrand in  South  Africa,  published  an  interview  article  When  Freedom  Comes Suddenly---Interview  with  South  African  Novelist  Niq  Mhlongo,  which  mainly  reveals Mhlongo’s literary influence, creative motives, audiences of fiction, and so on. It also discusses the similarities and differences between Mhlongo’s debut novel Dog Eat Dog and Wang Meng’s Long Live Youth, pointing out that South African young people lack the  ability  to  manage  freedom  and  the  subject  consciousness  to  write  national  history after they gained hard-won freedom and democracy. (Jiang, 2017)

Ndebele (2015:60) defines the ordinary as “the opposite of the spectacular”. “It is sobering  rationality;  it  is  the  forcing  of  attention  on  necessary  detail.”  (Ndebele, 2015:60) This definition of the ordinary reveals that “the opposite of the spectacular” is a key phrase to understand what the ordinary is.  In order to figure out the meaning of the  “ordinary”,  it  is  crucial  to  get  to  know  what  the  “spectacular”  is  in  the  first  place. Actually,  the  “spectacular”  is  a  word  chosen  by  Ndebele  to  generalize  the  typical characteristics  of  South  African  Black  English  literature.  In  his  view,  “The  history  of black  South  African  literature  has  largely  been  the  history  of  the  representation  of spectacle”  and  the  form  of  literary  representation  is  “highly  dramatic  and  highly demonstrative”.  (Ndebele,  2015:44)  He  briefly  reviews  the  history  of  South  African black  English  literature  from  the  stories  of  R.R.R.  Dhlomo  (the  beginning  of  South African  Black  English  fiction  in  1928),  to  the  stories  in  Drum  magazine  in  the  early years of fifties and to the Protest Literature in the 1950s and 1960s. Moreover, a detailed analysis  of  Protest  Literature  has  been  given.  The  first  two  periods,  in  his  opinion, demonstrate a similar penchant for the spectacular while Protest Literature reveals “the spectacular ugliness of the South African situation in all its forms”. (Ndebele, 2015:48) Based  on  these,  he  summarizes  the  major  characteristics  of  the  “spectacular”  at  full length.

“The spectacular documents; it indicts implicitly; it is demonstrative, preferring exteriority to interiority;  it  keeps  the  larger  issues  of  society  in  our  minds,  obliterating  the  details;  it  provokes identification through recognition and feeling rather than through observation and analytical thought; it  calls  for  emotion  rather  than  conviction;  it  establishes  a  vast  sense  of  presence  without  offering intimate  knowledge;  it  confirms  without  necessarily  offering  a  challenge.  It  is  the  literature  of  the powerless identifying the key factor responsible for their powerlessness."(Ndebele, 2015:55)

This thesis argues that redefining political relevance and turning to interiority are two  key  points  of  the  Ordinary  Theory.  By  means  of  redefining  political  relevance, Ndebele  frees  the  limited  understanding  of  the  relationship  between  art  and  politics defined by the “spectacular” Protest Literature to focus on the more extensive and richer political implications in black people’s ordinary life. And through turning to interiority, Ndebele tries to restore the artistic autonomy of fiction from the exterior demonstration of  dramatic  politicisation  to  have  a  better  literary  representation  of  black  people’s ordinary life. In other words, Ndebele has attempted to “rediscovery the ordinary” from subject  matters  and  literary  methods.  However,  this  statement  is  quite  simple,  which cannot  encompass  the  profound  thoughts  of  Ndebele’s  ideas  of  the  ordinary.  Thus,  a detailed discussion about these two points under the discourse of South African history and literary development is necessary.

This  part  focuses  on  four  questions.  What  is  the  original  meaning  of  relevance? Why did Ndebele want to redefine Ndebele? What is Ndebele’s definition of relevance? And how is it related to Mhlongo’s works? As for the first question, the relevance under the  dominance  of  protest  politics  in  the  fifties  of  last  century  was  defined  as  follow: “The  more  limited  understanding  of  the  relationship  between  politics  and  art  would define as relevant any subject or act that is  perceived to contribute dramatically to the struggle  for  liberation.”  (Ndebele,  2015:84)  This  definition  reveals  firstly  that  the relationship  between  art  and  politics  should  be  limited  as  much  as  possible. 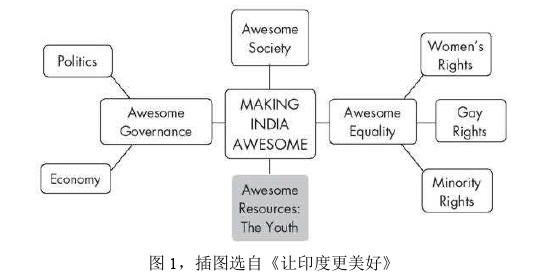 Chapter 5 Development of the Ordinary in Rewriting Relations Between Black and White .50

5.1 Ndebele’s Advocacy for Tactical Absence of the White Oppressors

This part aims to explain what the writing strategy of tactical absence of the white oppressors is and to display the reasons for advocating this writing strategy by Ndebele. Based  on  these,  this  part  attempts  to  figure  out  whether  the  ordinary  reflected  in Mhlongo’s works is undercut if his works rewrite the relations between black and white. To begin with, this writing strategy was proposed by Ndebele in 1980s in  Rediscovery of the Ordinary, advocating  “radical displacement of the white oppressor  as an active, dominant  player  in  the  imagination  of  the  oppressed”.  (Ndebele,  2015:88)  This advocacy  means  that  literary  works  should  focus  on  black  people  instead  of  paying attention  to  the  oppressors  or  the  oppression  being  inflicted  on  African  people  by  the white oppressors.

Take Ndebele’s literary praxis for example to specifically elaborate the meaning of this  writing  strategy.  Ndebele  strictly  follows  this  strategy  in  his  collection  of  short stories  Fools  and  Other  Stories.  Instead  of  portraying  the  white  oppressors  and  the confrontations between black and white, his stories are concerned with the ordinary life in a small township with much focus on the inner growth of small boys in the first four stories and on the subtle relationship between a black student and a black teacher in the last story. In this way, Ndebele displaces the white oppressors in literary imagination to pay attention to black people themselves.

This  thesis  mainly  focuses  on  Niq  Mhlongo’s  Dog  Eat  Dog  as  well  as Way  Back Home with the insight of Njabulo S. Ndebele’s Ordinary Theory. This thesis holds that these two novels are mainly concerned with the textures of black people’s daily life and their  complicated  inner  world.  What’s  more,  these  two  novels  deal  with  the  subtle confrontations between black and white in their daily life in post-apartheid South Africa. The purposes of the thesis are to figure out what  kind of daily life has been presented, what kind of black people have been characterized and what the relations between black and white are after the peaceful political transition from apartheid to democratic South Africa in Mhlongo’s writings.

To fulfill these aims, this thesis resorts to Ndebele’s Ordinary Theory which marks a shift in South African fiction turning away from the “spectacular” to the “ordinary”, or turning away from the explicit political protest against apartheid to an ordinary writing. This  theory  has  exerted  great  influence  on  the  first  generation  of  black  writers  in post-apartheid  South  Africa,  among  which  Niq  Mhlongo  is  included.  This  thesis  has studied  how  Mhlongo’s  Dog  Eat  Dog  and  Way  Back  Home  respond  to  Ndebele’s Ordinary Theory and how his works further develop the Ordinary Theory in democratic South Africa.

In the first chapter, a brief introduction of Niq Mhlongo, his two novels,  Dog Eat Dog as well as Way Back Home, and relevant literature review at home and abroad has been  given.  Based  on  the  research  background,  this  thesis  has  pointed  out  its  research purposes and three research questions. In the second chapter, the definition and two key concepts  of  Ndebele’s  Ordinary  Theory  have  been  introduced.  This  chapter  has  also explored Ordinary Theory’s influence on South African fiction. Chapter Three and Four have discussed at full length how Mhlongo’s Dog Eat Dog and Way Back Home respond to Ndebele’s Ordinary Theory in terms of subject matters and characterization.