1.1 Research on The Birchbark House and The Game of Silence Abroad

Researches about Louise Erdrich and the Birchbark House series arecomparatively richer abroad concerning with several perspectives. Among all,criticism on the images and characters of American Indians is still concentrated on byscholars. As we shall see, in writing back to the stereotypes Erdrich is also writingback to the anthropocentrism that informed them, presenting instead her ownecological viewpoint. Many critics have touched the element of “stereotype” and “ecocriticism”. What is more, some cultural and historical studies are also involved.The following will elaborate roughly on the four main categories of studiessuccessively. 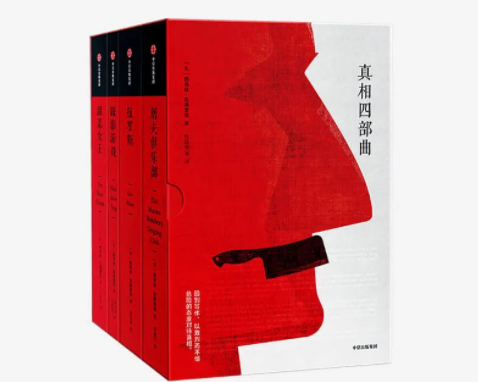 Firstly, this thesis draws a summary on the perspective of ethnical studies aboutthe Birchbark House series. Representing ethnic groups in her novels’ characters,Erdrich sees as part of her writer’s work the task of countering common stereotypicalimages of both American Indians and other people. She hopes that readers willperceive her characters as figures they can understand and with whom they cansympathize. Critics and scholars often see the books as a cultural counterpoint toLaura Ingalls Wilder’s Little House books, which romanticize the western expansionmovement and, for some readers, perpetuate the image of the “savage AmericanIndian” who traumatized those seeking progress and bringing civilization as theydeveloped the frontier of America. In an interview with Professor Laura Coltelli ofthe University of Pisa, Erdrich made explicit her desire to confront stereotypicalimages of American Indians by stating that she wanted to be able to present AmericanIndian people as sympathetic characters, non-stereotypes, characters that anynon-American Indian would identify with. Nambe Pueblo Debbie Reese and MichellePagni Stewart, scholars who specialize in children’s literature, have stressed theimportance of presenting a true picture of the American Indian in children’s literature.Focusing on the the Birchbark House series, Stewart commends Erdrich for herauthentic representations of a wide range of fully realized American Indian charactersand their historical situation, which try to redress the stereotypical misrepresentationof American Indians and white settlers as portrayed in Laura Ingalls Wilder’s LittleHouse on the Prairie and its sequels. Amina Chaudhri and Nicole Schau point outthat Erdrich’s detailed and specific portrayals of Ojibwa life also disprove the ideathat all American American Indians are the same, or that their cultures are the same.While children’s literature consists of a wide variety of stories about differentAmerican Indian groups, with themes that “represent richly diverse tribalbackgrounds and experiences.” （Chaudhri, 2016:19)

1.2 Research on The Birchbark House and The Game of Silence at Home

Since Erdrich’s children’s Literature is quite new to scholars at home, there arerelatively far less studies about the Birchbark House series up to now. This thesis willgive an overall review to researches at home in regard of the involved scholars.Taiwan scholars Chang Liping and Yang Chenkuei analyze “the inextricablerelationship between humans and animals” (Chang, 2009:186) in The BirchbarkHouse. In The Game of Silence, Erdrich mainly delineates “the silent history of herancestors’ displacement to the West, as white settlers encroached upon their beloved homeland” (Chang, 2011:132) and “their struggles in locating a new home for theOjibwa tribe” (Chang, 2011:134). In the recent studies, Chang Liping further studiesthe children’s tetralogy from the perspective of ecocentrism especially in the fourthbook Chickadee. As in the first three books of the Birchbark House series, Erdrichportrays the particularity of Ojibwa culture as well as the ecological awareness,reverence for the earth, and animistic beliefs that Ojibwa share with many otherAmerican Indian cultures; Erdrich does so by presenting an American Indianecocentric viewpoint in specific detail and as an informing theme. Like the first threebooks, Chickadee features animal spirits, traditional culture, and a coming of agestory set in a particular historical time; but in this fourth book, Chang argues that thestory takes a different turn. “Unlike Omakayas in the first three books, Chickadeespends much of the story outside of the community, and the main threat is that he willlose his culture, his connection to nature, his soul.”(Chang, 2016:148). It is worthnoting that Chang brought up the samanic initiation which is mentioned before whendoing the researches abroad in native culture to appeal that ignoring the wisdom ofthe animal spirits and of their own culture is doomed.

The land is a familiar, life-sustaining habitat deeply integrated into the lives ofOmakayas and her community”(Kurup, 2016:73). Unlike the European Americanindividualism about individual freedom or abandoning the land and living for thefuture, American Indian culture tends to place the existence of tribes and land above the existence of the self. In American Indians, there is a rooted belief that the earth isthe mother of all, which connects them to the land as close as a family. “The Indianconcept of the nurturing sources of all good comes from within not from without, thefecundity of maternal earth. This is a spiritual rather than a material relationship to theland. The idea is far removed from the White European notion of land beingsomething to give tenure to, something to own, something from which to reapbenefit” ( Hausman, 1992:81).In contrast with the world view of American Indianpeople, as far as the traditional European world view are concerned, land is mainlyreferred to as territory and property. To fulfill their ambition of expansions, theyexploit ruthlessly the land originally belong to American Indians.The White societycan be said to have been built upon belief system of property, especially of thepossession of land. The differences of the conception of property between the westernand Indian perspectives of land form the main reason of conflicts between Whites andIndians. Consequently, the discussion on American Indians’ feeling for land firstly isbased on the ethics of land that American Indians hold, which is Maternal Earth.

The material bond to the land can be detected from the family’s viewing thebirch bark and garden seeds as tangible mediation through which the Ojibwe relateswith their land upon the forced movement. Named The Birchbark House, it isjustifible for the book series to draw readers’ special attention to the birchbark trees,which actually shouldn’t be of much trouble since the first chapter of the book isexactly about the birchbark. The birchbark tree was to be cut for daily sustain in thespring, Omakayas and Nokomis were looking for the right tree to sacrifice. Omakayas found one and called to her Grandma for advice, after what seemed like a heart toheart communication between grandma and the tree, grandma decided it was a goodone. But, instead of constant peering, Nokomis talked to the birchbark tree firstly:“ Old sister, we need your skin for our shelter.”( The Brichbark House 7)

In one hand she waved her sharp knife,taken from the beaded pouch on herhip. In the other hand she held tobcco. Nokomis was ready to make anoffering to the spirits, or manitous.( The Brichbark House 7)

It is evident here that the Ojibwa treat trees as members of their family who’dlike to contribute to their survival in the same land. Nokomis called the tree “sister”and made offering to manitous to show her love and respect to the contribution of thebirchbark tree. “The birch tree and its bark, a central symbol throughout the book,mark the centrality of nature and the dependence of the tribe on the land”(Kurup,2016:76). What’s more, birchbark was used to make everything from shelter totransportation. In the summer a birch-bark house was built close to the lake to makeaccess to fishing much easier. Birch was also used to make canoes to carry traders todifferent locations. The canoes could be used as means of carrying tool in the water oron land and provided shelter for those who turned them upside down and crawledbeneath. Moreover, the bark was used to make markings or vessels for domestic use,the branches functioned as utensils and tool, and the wood was used to make fire.Like all items taken from nature, not a single part of the birch tree went to waste. Inall, nature was respected. The land was sacred, to be cared for and protected, notstripped and tamed. To remind themselves of this, the Ojibwe took the birch bark withthem on their rushed movement.

Chapter Four Women’s Role in the Transmission of AmericanIndian Culture

First of all, American Indian woman’s strong identification with Mother Earthshapes the original Indian culture which regards the eldest female character as ClanMother. In terms of female reproductive metaphor, fertility is one of the most sacredrituals in the Chippewa culture. It is the most important part of the integration of thepeople and the balance. In American Indian society, it is because of the correlationbetween birth and production that women have an important position. Chippewa’sscholar Winona LaDuke said that in the Chippewa language “Minobimaatisiiwin” is aword expressing the core values of the tribe. With double meaning in it, it does notonly mean a good life, but also mean a constant rebirth. Female capability of givingbirth is the precedent of a good life since people would like to feel rebirth throughtheir later generations. Apparently, the culture of Chippewa as understood by LaDukealso compares the reproductive power of women with the power of nature to breed allthings just like the earth being the breeder of all-beings, and it brings more respect forthe women. Women often play the role of political authority in the political system ofChippewa. Erdich continues with this aspect of culture about woman in her Ojibwatetralogy. The female elders are respected as Clan Mothers and have great influenceas long as it is within the background of American Indian tradition. In the novel,Omakayas’s grandmother, Nokomis, is the presentation of Mother Earth. She was theleader of this family because of her profound knowledge and experience about life,especially the mysterious nature, and she is absolutely admired by male characterssuch as Omakayas’s father Deydey just as the nature is respected by the AmericanIndians.

Erdrich’s agenda in her children’s books, I would argue, is much the same;namely, to restore and explore Native ecological consciousness of its culture andhistory in all of its diversities. Hereby three representations of Indianness influencedby American Indians’ view of nature are analyzed in detail in the thesis: AmericanIndians’ veneration for land, the unity of American Indians and animals, andAmerican Indian woman’s transmission of culture. Firstly, hooked on the culture ofland veneration, this thesis investigates three aspects in American Indians’ cultureland. For the ethic of land, land is sacred to their tribes where they care for the livingcreatures of the land and regard it as maternal earth; from the perspective of theirmaterial bond to land, it is believed by American Indians that the land will be carriedwith them even with debris of birch bark or garden seeds; in the spiritual dimension,the rituals American Indians pass down about the land is an unparalleled heritage thatenables them to get connected with the ancestors and other spirits. Secondly, in termsof their culture about animal, the Indians and animals are united closely as family. Indaily life, animals are able assistants and indispensable guarantee to maintain theirlives when they have needs. During times of crisis, they are great magical power thatguides them away from decease.