1.1 Introduction to Alex Miller and The Ancestor Game

Ever since Multiculturalism Policy was enforced in the 1970s, Chineseimmigrants have been given increasingly heightened attention. One common thingmost immigrants have undergone is that they are more or less dissatisfied with theirnative countries in some aspects and eager to seek a better life in other countries. Eachyear, billions of people wave farewell to their homelands, set off for their ideal nationsregardless of various obstacles. Theoretically, these immigrants should have lived acarefree life in new countries. However, most of them dramatically turns out tobecome homesick for the old tough times. This complicated emotion is calledAncestor Complex. Huang Yuanshen has said in his book A Unique Literature: ACritical View of Australian Literary Works that “what make The Ancestor Gameunique is, among other things, its successful treatment of the ancestor complex themewhich works at three different levels: the universal level, the digenous level and thesymbolic level.” (1995, p. 234). They find they can neither truly fit into the newenvironment nor be insusceptible to the influence of the old ones. They are oftenobsessed by two simple questions, like “who am I?” and “where do I belong?” Theyare confused with their cultural identity. Cultural identity is what Hall calls “a matterof ‘becoming’ as well as of being. It belongs to the future as much as the past. It is notsomething already exists, transcending place, time, history and culture. But likeeverything which is historical, it undergoes constant transformation. Far from beingeternally fixed in some essentialised past, they are subject to the continuous ‘play’ ofhistory, culture and power” (1997, p. 225). They become exiles of old countries andoutsiders of new countries. Therefore, in order to get rid of the sense of alienation andmarginality, a large number of immigrants spend their whole life on searching forcultural identity and the sense of belonging.

The Ancestor Game has won national and international recognition and attractedincreasingly great attention from literary critics across the world. Peter Piercepublishes a pioneering article on Miller entitled “The Solitariness of Alex Miller” inAustralian Literary Studies, in which he makes systematic and original remark aboutMiller’s novel including The Ancestor Game, and “emphasizes the consequences ofisolation form ancestors and the importance of the ancestral identity” (2004, p. 302).Ingeborg Van Teeseling comments that Miller’s books deal with what are usuallyconsidered as immigrant themes, such as fragmentation and displacement, difference,nostalgia and history, landscape and belonging, home and story. He believes thatMiller has tried to explain his readers what strangeness and non-belonging feel likefrom the inside, and his novel is a call to Australian. As a novel closely related toChinese people and Chinese culture, it attracts worldwide attention not only fromAustralian literature circle, but also from Chinese scholars. In the preface of Chinesetranslation, Alex Miller wrote, “This book is not an ordinary fiction powered bysensational plots. It’s a collection of people, land, history, ideology and culturalpatterns” (Li, 1995, p. 2). In “Readings of Dialogue in Alex Miller’s The AncestorGame” Matte Jorgensen employs the Russian thinker Mikail Bakhtin’s principle ofdialogue to interpret dialogues in the novel and its significance. Masson interprets that“the book is mainly about the theme of exile and identity which few people couldtolerate in a complex society and foreign land” (1992, p. 4). Masson holds thatthrough the depiction of immigrant life experiences and their situation in the foreignland, both cultural displacement and colonialism is displayed in the novel. Lyn Jacobsin his article “Ancestral Furies: the fiction of Beth Yahp, Ding Xiaoqi and AlexMiller” takes contrastive analysis of these three Asian literary works. ElizabethWebby describes the life of marginalized people in Australia in her article“Representing ‘the other’ in the Fiction of Alex Miller”.

One of the topics that post-colonists inevitably discuss is cultural identity.Identity issues are vital to cultural studies because cultural studies examine a contextin which individuals and groups can construct, coordinate, and defend their identity orself-awareness.

A minute discussion on the definition of cultural identity is exceedinglysignificant before we explore our concerns regarding the novel. According toLongman Dictionary Contemporary English, it refers to “the qualities and attitudesyou have that make you feel you have your own character and are different from otherpeople”(Summer, 1995, p. 971). Identity is an umbrella term used throughout thesocial science for an individual’s comprehension of him or himself as a discrete,separate entity. Both definitions put a high value on the uniqueness of individuals orthe special traits one owns that can differentiate him or her from others in a certaincircumstance. The terminology is widely employed in different fields, such associology, anthropology, culture, psychology, art as well as literature.

As mentioned above, national identity, class identity, racial identity,culturalidentity, gender identity, social identity are included in the umbrella term, known as identity. Cultural identity implies “the feeling of identity of a group or culture, or ofan individual as far as she or he is influenced by her or his belonging to a group orculture” (Wikipedia). More specifically, it examines how an individual, under thepressure of cultural conflicts between the East and the West, sustains his or heroriginal cultural background and cultural awareness. Identity presupposes a sense oflocation, and a relationship with others. According to Martin, “One’s ethnic identityreflects a set of ideas about one’s ethnic group membership” (2013, p. 90). In terms ofcultural identity, people from all walks of life may possess different interpretations.

According to Postmodern theorists, culture is closely related to identity. Identityis an essential part of cultural studies, and in turn culture is the source of identity. Tosum up, cultural identity is a sign that a cultural group or individual defines their owncultural identity and their survival depends largely on it. The traditional concept ofcultural identity has long been given a fixed characteristic, which is an identity of oneor the other formed under the specific tradition and geographical environment and thedualistic ideology. However, this perspective of cultural identity obviously does notoffer a way out for discrete groups among diverse social cultures. As Stuart Hallexplain that the concept of cultural identity is “ not a fixed origin to which we canmake final and absolute return” (1996, p. 113). Post-colonial theorists reject thisdualistic identity and believe that identity is not only constructed, but also isdependent on a certain “other” to create a new cultural identity. It also provides atheoretical basis for the discrete ethnic groups to break up with the mainstreamsociety and establish a brand-new cultural identity. Based on his own discreteexperiences and sentiments, Homi Bhabha, one of the leading figures in contemporarycultural discourse, proposed a third space in his book The Location of Culture. The collection was published in 1994, which attracted great attention, including sharpcriticism towards him. Differs from other places, his third space is a vague and mixedspace in which traditional binary opposition is broken, and individual and collectiveexperience of nationality, ethnic interests or cultural values can be negotiated. Thiskind of space is a state of transition, and such a form of in-between space, wherecutting edge of negotiation occurs. 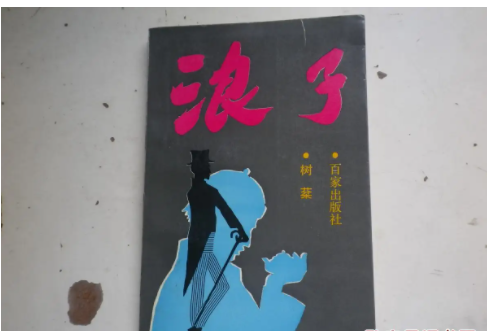 Chapter FourComparisons between the Four Generations

The characters in the novel are made to shuttle between different nations,cultures and histories from Hangzhou and Shanghai to the mysterious Australiangolden field and the cosmopolitan city Melbourne, from oriental to western culture,from early China to contemporary Australia, in order to assert the point that thisancestor game is omnipresent and has partly made people concerned generate a senseof displacement. The ancestor game can be illustrated in the form of circle:inconsistency with the ancestor and the offspring sends the latter far away indisplacement, but nostalgia takes him back on a mental journey to the ancestor again.Almost all of them have returned to their ancestral land either in reality or inimagination. Even a man like Lang Tzu who is so determined to destroy the ancestralidol was tempted to go back to see it, becoming “a genuine prodigal who could returnhome enlightened, redeemed and reconciled, no matter how long he has gone awayfrom home” (Miller, p. 289). The ancestor game, by no means, is bound to come to noend. Readers can easily imagine people like Lang Tzu and their descendants continuethe game as they did before, because the general issue addressed in the novel cannever be settled. This ancestor complex is sufficiently illustrated in that ambivalentsentiment of willfully distancing from ancestors on the one hand and afterwards feeling drawn towards them on the other. It is obvious that they are foreigners or theother. They have double problems in their pursuit of integrating themselves into thedominant culture. On the one hand, their ethnic traits born with them are likely todraw themselves away from the main social currents into the parochial cultural andsocial domain. On the other, they are likely to be rejected by others because of theirethnic stamps. 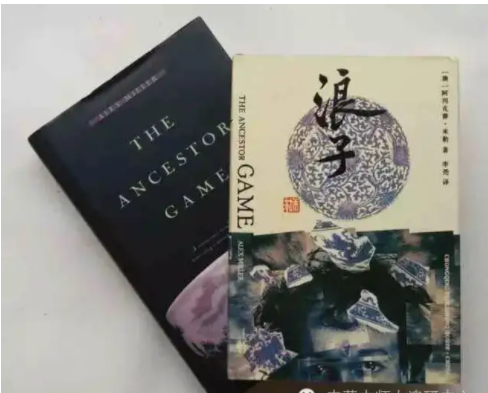 Australia, one of the most popular immigrant counties, attracts millions of peopleto settle down and live every year. People from different countries, with diversecultural backgrounds and cultural signals, certainly form a unique and vigorousmulticultural society. It is vital for us to study the psychological journey and thespiritual world of migrant people from the perspective of cultural identity andbelonging. “Australia, the book concludes, is a divided landscape waiting to beinhabited by people for whom exile is the only tolerable condition” (Miller, p. 302).Australia is located in the southern hemisphere, geographically between the East andthe West. Immigrants from different regions settle here. It fully embodies the hybridof Chinese and Western cultures in its own right. The effort made by Miller’s majorcharacters appears to consist in finding similarities with others who do not belong,and also of delineating Australia as the country where non-belongers can imaginesense of belonging. The country and its new inhabitants have much in common:invisibility, strangeness, something as yet undetermined. Furthermore, it is “imaginedand dreamed, not an actual place” (Miller, p. 259), and this is the main problem; it isan Australia of and in the mind, not a comfortable habitual home. The issue AlexMiller has raised is the persistent tension between ancestors and offspring.Reconciliation is almost impossible although affection and respect from either sideshould help. What may explain the point here is that between parents and children isalways a difference in age about twenty years and between grandparents andgrandchildren, a much bigger difference of forty. In that length of time social valuewhich help to foster the respective generations can never be the same. Thus, in thelong run, parents always see the world differently and can never agree. It leads to aninescapable conclusion that any endeavor on the part of parents to retain and reshapethe children in their own image is time-wasting.