1.1 Background of the Research

Recently, the constructive reading questions replaced some multiple-choicequestions in the reading part of the English test paper in College Entrance Examinationbecause of the comprehensive reform .“Seven Options for Five Blanks”is a new type ofreading comprehension question, the explanation of which in the examination syllabusis "In a short passage of about 300 words, five sentences are extracted. The students arerequired to complete the passage based on the logical relationship and coherencebetween sentences. By selecting the best five sentences from the seven options given tofill in the corresponding blanks, students should make sure the supplemented passage ismeaningful in content and coherent in structure.” Much more attention need to be paidto the reading skills to get rid of the interfering choices. After all, one wrong choice maylead to two or even more mistakes and influence their overall English test scores.

However, in reading teaching, the teachers stressed on explaining the single words,phrases as well as their usage or analyzing the long and difficult sentences, whichmakes a complete article fragmented. Thus after teaching, the students may only get theliteral meaning of the discourse, they never attach importance to the cohesion andcoherence in the discourse. Most students admitted that they had much difficulty in“Seven Options for Five Blanks” reading comprehension. By studying the Cohesion andcoherence theory, students can master many cohesive devices, which make it easier tounderstand the cohesion between sentences. What’s more, they can infer the newinformation logically according to the given information, which is context. Aftermaking sure the article has a complete structure, logical and coherent meaning andmaking clear the writer’s intention, students can effectively improve the accuracy ofanswering “Seven Options for Five Blanks” questions.

1.2 The Purpose and Significance of the Research

In the author’s teaching experiences, the senior three students are eager to beadmitted to their ideal universities.Improving their English score means a lot to them.Although they have done a lot of “Seven Options for Five Blanks” readingcomprehension exercises, they still lack systematic strategies. Some students whoknows a little about the cohesive devices, simply pay attention to the conjunctions usedto express the transition or juxtaposition and the pronouns. They ignore whether thesentence meaning make sense.

This study aims to combine the context inference and cohesion theory to equipstudents with a more completed method to the”Seven Options for Five Blanks” reading,which also make the research different from others. Furthermore, the author hopes toinspire the teachers to develop students’ awareness of discourse cohesion and makestudents attach importance to the cohesion in the discourse. It’s advisable that theteachers could help the students cultivate their ability of inferring the missinginformation according to the context and make clear the author’s intention. Finally, if the theory is helpful, the students will pay more attention to applying the cohesion andcoherence theory to other type of reading comprehension, which I believe is of benefitto improve their overall English performance.

2.1 Definition and Requirements of “Seven Options for Five Blanks”Reading

In senior high school, especially in Shandong Province, “Seven Options for FiveBlanks” reading comprehension, as the second section of the reading comprehension, isan important test type. With a total of 5 exercises, it is a full score of 12.5 points, eachwith 2.5 points. According to the English Curriculum Standards for General HighSchools of the Ministry of Education (2020), reading comprehension mainly examinesstudents’ ability to understand the written discourse, including the understanding and grasp of the discourse content and structure, as well as the analysis, explanation andevaluation of the discourse content. And “Seven Options for Five Blanks” reading, alsosentence reduction, is one of the specific exam forms.

Several sentences (such as five sentences) in the essay are extracted, and the othertwo sentences are placed with them together. After rearranging the sequences of them,the seven sentences are put after the essay to be chosen. Based on the content of theessay, the candidate will select the best sentence to fill in the blanks from the sevensentences after the essay. Two of the options are redundant ones. It mainly examines thestudents’ ability to understand the logical relationship of the context in the discourse.

In terms of the functional aspect, discourse is language in use. From theperspective of language use, in the communication process, the meaning of language isdetermined according to context. The same language unit has different meanings indifferent contexts. For example, HEAD has various meanings in different contexts. Insentence A and B, two HEAD both are as the noun form. But it means the top part of the body in sentence A while it means the person in charge of the organization or companyin sentence B. In sentence C, acting as the verb form, it means going towards to aparticular place. 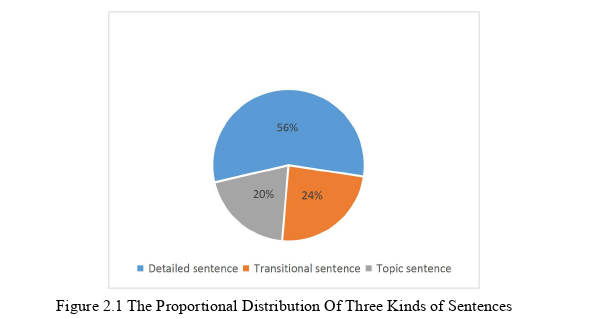 When students handle the traditional reading comprehension questions, theyunderstand the details, make inference and judgement or summarize the main ideaaccording to the original text. The answers can be obtained in the original discourse.Compared with the traditional reading comprehension exercises, the passages of“SevenOptions for Five Blanks” reading comprehension are incomplete. The students can onlyinfer the content of blank based on the given information. “Seven Options for FiveBlanks”reading comprehension examines the students’ understanding on the articlestructure, content and logic relationships within the context, that is, the ability ofapplying cohesion and coherence theory into the problem solving. Students failed tofigure out the slight difference between the sentences through translating and removethe interference sentences. What’s worse, a mistake in one blank may lead to anothermistake or more, so the students reflected that they didn't know how to deal with thiskind of problem. Therefore, how to improve students’ performance of doing “SevenOptions for Five Blanks” reading becomes the priority of the researcher.

5.1 Major Findings of the Research

The purpose of this study is to explore how the action research based on cohesionand coherence theory improve the performance of “Seven Options for FiveBlanks”reading comprehension and students' awareness of discourse cohesion. Theparticipants of the research are 60 senior three students. In the process of the actionresearch, the author conducted interviews, questionnaires and tests on the students.After the action research, the author obtained and analyzed the relative data, and thefollowing are the conclusions:

(1) How to improve students’ awareness of discourse cohesion by applyingcohesion and coherence theory in “Seven Options for Five Blanks” English readingteaching?

The students' awareness of discourse cohesion was cultivated by a systematicintroduction of the relevant theories and analyze a passage from the perspective ofcohesion and coherence. It’s vital to help the students have a good command of thebasic knowledge of cohesion and coherence theory. The cultivation of the awareness ofdiscourse cohesion must be based on knowing various cohesive devices and thecoherence in meaning between sentences. So the teachers’ priority is to introduce andexplain the cohesion and coherence theory just as author did at the first round of theaction research. It would be better for the students to understand clearly if the teachersprovide some vivid examples.

When it comes to analyse a passage, the students should firstly get the main ideaand the discourse structure of the passage. After that, the students applied the cohesionand coherence theory to analyse the logical relationship between the sentences andpracticed their solving strategy in the exercises. The teachers can firstly point out the various cohesive devices in the text, and explain how these cohesive devices work andfunction in the text. After a period of repeated training, students will consciously payattention to various cohesive devices. The students’ awareness of discourse cohesionwas consolidated by finishing the exercises and share their reasons of answersindependently. The author also provided the students with complete “Seven Options forFive Blanks” reading passage and let them be the quiz setter. Firstly, the students shouldglance through the first paragraph and the first sentence of each paragraph to get themain idea of passage, the main idea of each paragraph and the discourse structure. Then,the students judged the logical relationship between sentences by cohesive devices ineach paragraph. They choose five sentences affected the cohesion and coherence withinthe passage as the optional sentences and share their reasons and ideas. In the process,the students’ awareness of discourse cohesion was strengthened and consolidated.