As  early  Chinese  immigrants  went  to  live  abroad,  Chinese  immigrant  literature began  to  bud  and  develop.  Immigrant  literature  focusing  on  such  topics  as  identity construction, identity recognition, cultural differences and cultural interactions, attracts a  wide  range  of  attention  and  research  interests.  Literary  works  written  by  Chinese immigrants  are  of  unique  significance  for  foreign  readers  to  have  access  to  the long-established  Chinese  culture  and  Chinese  nation  and  they  are  generally  known  as foreign literature by overseas Chinese.

When it comes to the translation of Chinese immigrant literature back into Chinese, it falls into the category of cultural back translation (Liang, 2013, p. 51), rootless back translation (Wang & Jiang, 2012, p. 65) or textless back translation (H. Y. Wang, 2015, p. 2), which means the special phenomenon of translating literature about the culture of country  B  described  or  created  in  the  language  of  country  A  into  the  language  of country B and then spreading them back to the culture of country B (Liang, 2013, p. 51). Since  the  back  translation  of  such  literature  can  reveal  the  interaction  and communication  process  of  the  two  languages  and  cultures  and  show  the  evolution  of Chinese  immigrant  identity,  it  is  receiving  more  and  more  attention  from  scholars engaged in Translation Studies, Literary Studies and Cultural Studies.

This study plans to explore the phenomenon of  back translation from context. As the topic of this study is also related to cultural conflicts and cultural accommodation of Chinese  Americans,  as  revealed  in  the  fiction  The  Woman  Warrior,  it  is  supposed  to make  contribution  to  the  promotion  of  China’s  cultural  influence  and  mutual  cultural exchange  between  China  and  America.  To  be  specific,  this  study  is  of  great  strategic, academic and applied significance.

The  Woman  Warrior  is  based  on  its  author  Kingston’s  own  life  memories  to discuss  the  issue  of  identity  the  narrator  “I”  encounters  in  the  U.S.  as  a  daughter  or  a second generation of immigrants from rural China. There are five chapters narrates the stories  of  five  women  that  take  place  in  China  respectively.  In  that  case,  the  fiction includes  rich  Chinese  images  and  Chinese  elements,  which  pose  difficulties  and challenges  to  the  translator  while  translating  it  back  into  its  corresponding  vernacular Chinese or producing the right back translation of The Woman Warrior (X. He, 2015).

This  project  is  to  make  a  contrastive  analysis  about  the  two  back-translations  of The  Woman  Warrior  in  terms  of  the  translation  background,  translator’s  style  and translation strategy in different contexts as well as the receptor’s response. Then, on the basis of such analyses, the author is to conclude some useful rules for back-translation, especially for cultural back-translation, and in some cases to bring forth would-be better translations. 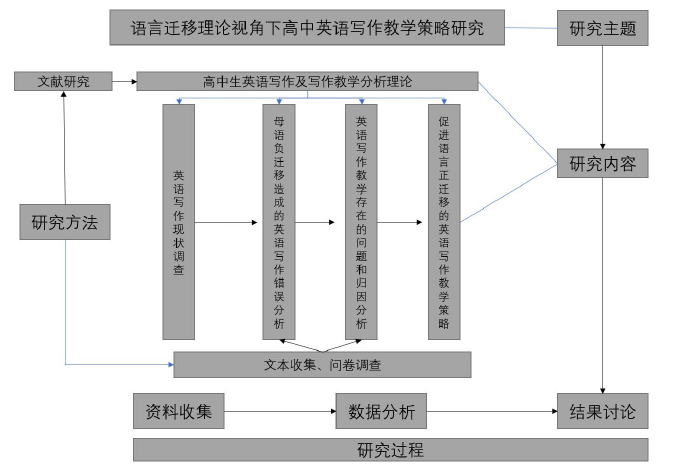 2.1 Researches on (Cultural) Back Translation

2.1.1 Researches on the definition of (cultural) back translation

2.2  Researches  on  The  Woman  Warrior  and  Its Translation

As  a  representative  piece  of  Maxine,  The  Woman  Warrior   has  evoked  much scholars’ attention from different aspects. As for the research on the fiction The Woman Warrior, scholars’ focus is concentrated on such themes as feminism,  cultural identity, transnationalism, silence and so on.

Xuan (2011) argues that Kingston expresses her feminism in dealing with the three women’s  destiny  in  the  fiction  from  three  aspects,  that  is,  to  construct  women’s subjective status, highlight women’s authority, and fight for women’s right to voice and write. Some  scholars  study  the  cultural  identity  in  the  fiction,  for  example,  Hsieh  and Matoush (2012) analyze the three adapted versions of Mulan Ballad and conclude that the  adaptions  make  the  identity  formation  more  complicated.  Chen  (2012)  reveals Chinese  Americans  has  undergone  loss  and  puzzlement,  seeking  balance  between  the two identities by analyzing the protagonist  “I” in the story of  “At the Western Palace” and “A Song for a Barbarian Reed Pipe”. The transnationalism in The Woman Warrior is  pointed  out  by  Gao  (2017)  as  its  distinctive  feature  in  that  a  two-way  dialogue structure  shows  the  independent  and  interdependent  relationship  between  Chinese Americans  and  China  and  that  between  Chinese  Americans  and  America,  while interweaving fiction with reality reveals the vitality of Chinese Americans.

Recent  studies  on  The  Woman  Warrior  focus  on  the  rhetoric  of  silence,  which  is often  regarded  as  weakness  and  passivity  but  can  also  serve  as  an  act  of  defense  and resistance.  Parrott  (2012)  holds  that  silence  is  a  figure  for  expressing  power  and  an element  of  discourse.  He  analyzes  the  significance  of  silence  within  The  Woman Warrior’s  rhetorical  features  in  depth  with  Michel  Foucault’s  frameworks  of meaning-making  artifacts  and  Cheryl  Glenn’s  frameworks  on  the  rhetoric  of  silence. Chingyen (2017) demonstrates the breaking of silence as a behavior of disruption and resistance  against  marginalization  in  the  dual  culture  and  politics  by  analyzing  the retelling stories in The Woman Warrior from the female perspectives. 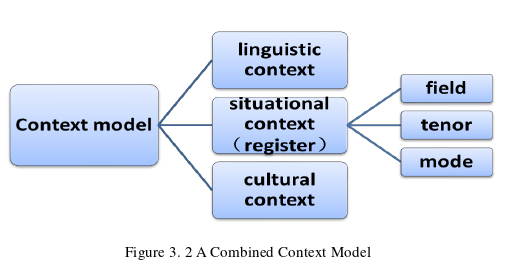 4.1  Contrastive Analysis of Two Back Translations under Linguistic Context ......31

5.1 Illuminations of Context for Back Translation

5.1.1 Context as a guiding principle in back translation

Through the case study of the two back translations and  The Women Warrior, we can see that context plays a significant role in translator’s understanding of the original text, transferring information in the translation and delivering a good translated text that fits  Chinese  reader’s  context  (Wang,  2017).  Thus,  the  context  theory  could  serve  as important guiding principle for a better understanding, interpretation and translation of overseas literature written by Chinese.

First of all, in terms of the role of context in cultural back translation, translators must consider both the context of the original language and the context of acceptors in the translated language. This is because, from the perspective of the translation process of  literature,  context  seems  to  be  only  one  of  the  factors  influencing  textual  meaning while from the perspective of cultural back translation, context has a decisive effect on textual meaning and its expression. The introduction of context to back translation can, thus,  push  further  studies  on  the  translation  process  and  the  application  of  translation strategies.  The  traditional  back-translation  process  mostly  focuses  on  the  first  level  of translation,  that  is,  translation  of  the  words  and message  of  the  story,  or  the  linguistic context.  The  actual  meaning  of  the  translation  may  be  inaccurate  due  to  the  lack  of sufficient consideration for the situational context and socio-cultural context. Therefore, it  is  time  translators  took  up  the  tool  of  context  in  interpreting  the  source  text  before they back-translating it into the target text.

While  with  linguistic  context,  situational  context  and  cultural  context  as  guiding principles  in  back-translating  Chinese  foreign  literature,  the  Chinese  elements  in literature  written  in  foreign  languages  can  achieve  a  full  restoration  in  both  form  and content.  The  translator  can  first  analyze  the  ideational  meaning  of  the  original  words and sentences within the text and decide their meaning from the linguistic context. Then, considering the three variants in situational context, namely, field, tenor and mode, the translator should try to achieve the equivalence between the situational context of back translation and that of the original text. Finally, the translator should conduct a review of  the  back  translation  from  the  cultural  context  to  ensure  the  translation  is  either politically  or  culturally,  either  historically  or  legendarily  sufficient  to  express  the Chinese elements.

Back  translation,  as  a  unique  translation  phenomenon  in  Translation  Studies,  is worth special attention. The present study had made a contrastive study on the two back translations,  that  is,  Li  &  Lu’  s  version  and  Wang  Aiyan’s  version,  of  Maxine  Hong Kingston short fiction The Woman Warrior from a combined context model. The major conclusions are as follows.

First,  the  translator  has  to  consider  the  linguistic  context,  situational  context  and cultural context in the original in order to better convey the writer’s meaning back into its  attributed  culture  or  the  original  culture.  Most  writers  of  the  Chinese  American literary works are second- or third-generation immigrants of Chinese or Chinese living abroad  for  a  long  time,  their  descriptions  about  Chinese  history,  culture  and  traditions may be inaccurate and their attitudes toward Chinese culture may, to some extent, differ from  us  Chinese  today.  They  have  integrated  American  culture  and  traditions  with Chinese ones in their own lives and into their literary creations as well. As a result, the contexts in the original fiction become various and complex. Thus, the translator should firstly figure out the exact meaning of texts in the original context and then translate it into  Chinese  properly,  taking  Chinese  readers’  political,  historical  and  cultural background,  or  the  macro  context  of  Chinese  culture  into  account  with  the  help  of external  tools  or  his  own  command  of  the  Chinese  culture.  This  is  to  ensure  that  the back translation can better fit into the target context and can be widely accepted by the readers.

Secondly, the differences between the two back-translated versions of The Woman Warrior have  been  contrasted  from  the  perspective  of  context.  Li  &  Lu’s  version  puts more  emphasis  on  the  linguistic  context  of  the  original,  thus,  it  shows  the  original information  in  a  direct  way.  While  for  some  stories  or  terms  attributed  to  the  Chinese culture,  it  hasn’t  back  translated  them  accurately  due  to  less  attention  paid  to  the situational  context  and  cultural  context.  In  contrast,  Wang  Aiyan’s  version  pays  more attention  to  situational  and  cultural  context  and  reader’s  context  of  acceptance  by adopting  such  strategies  as  domestication  and  thick  translation.  For  some  Chinese cultural legends and myths, it also uses footnotes to deliver the background information comprehensively.  Therefore,  for  us  modern  Chinese  readers,  Wang’s  version  is  more acceptable since it shows the style of the original and conforms to the Chinese reader’s context of acceptance.