1.1 Introduction to the Author and Her Two Works

Known as the “Prophet of Dystopia,” Margaret Atwood is one of the most influential literary voices of the contemporary era. Margaret Atwood (1939 - ) is a Canadian poet, novelist, literary critic, essayist, and activist. Since 1961, she has published 18 books of poetry, 18 novels, 11 books of non-fiction, nine collections of short fiction, and a number of small press editions of both poetry and fiction. Atwood has won numerous awards and honors for her writing, including two Booker Prizes, the Governor General's Award, the National Book Critics, and PEN Center USA Lifetime Achievement Awards. Atwood's works encompass a variety of themes including gender and identity, religion and myth, the power of language, power politics and so on. 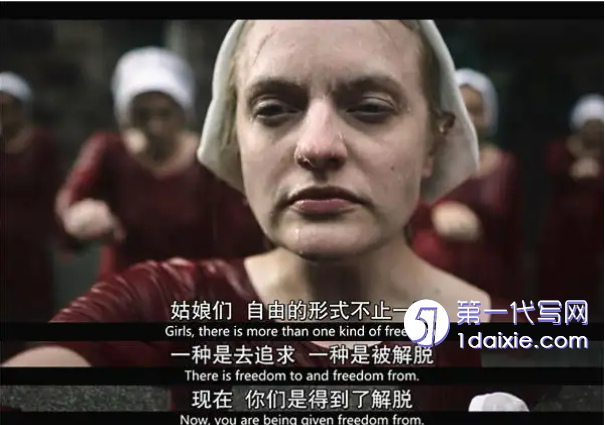 Atwood's literary works have attracted widespread attention of numerous literary critics. Her first novel The Edible Woman was published in 1969, critics have often cited the novel as an early example of feminist concerns. Atwood's literary reputation boomed in the 1980s with the publication of Bodily Harm (1981), The Handmaid's Tale (1985), and Cat's Eye (1988). Then, her reputation as a writer continued to grow with the publication of the novels The Robber Bride (1993) and Alias Grace (1996). In 2000, Atwood published her tenth novel, The Blind Assassin, to critical acclaim, winning the Booker Prize for the first time. Atwood followed this success with the publication of Oryx and Crake (2003), The Year of the Flood (2009), and Madd Addam (2013). In September 2019, Atwood published The Testaments, which was announced as the joint winner of the 2019 Booker Prize.

1.2 Significance and Structure of This Thesis

The Handmaid’s Tale is a classic feminist and dystopian work of great realistic significance and contemporary value. The Testaments, as an extraordinary sequel, goes even further than The Handmaid’s in discussing women’s inferiority, the fight for discourse power, and the awakening of female consciousness. By far there have been few studies concerning what women should do to improve their social status, how individual destiny influence the development of our era, and how main female characters subvert male power. So it is crucial to discuss a feminist interpretation and discourse power theme of the two novels. An overall analysis of the internal links between two novels and implications inside texts. This study of two novels might arouse the reflection on our world and make a self-examination of our era.

It is hoped to conduct empirical research based on feminist theory, especially liberal feminism and Eco-feminism, and Foucaultian power theory. The specific methods to use are literature study and historical study and the innovative point results in deeper thoughts on women’s situation nowadays and in the future, and bring the enlightenment of building a world of gender harmony.

Feminist theory falls under the umbrella of contemporary critical theory, which in general has the purpose of destabilizing systems of power and oppression. The essence of using a feminist lens is to enable the discovery of how people interact within systems and possibly offer solutions to confront and eradicate oppressive systems and structures. Feminist theory considers the lived experience of any people, not just women, with an emphasis on oppression. There may not be a consensus on where feminist theory fits as a theory or paradigm, disruption of oppression is a core concept of feminist work. The conclusion can be drawn that feminism is a tenet to end sexism, sexist exploitation, and oppression.

According to Deirdre Burton, Marxism and socialism are key components in the heritage of feminist theory since feminist theory has its roots in Marxism and can be traced to the equality movements, but specifically looks to Engles’ work as one possible starting point. Burton notes that, “Origin of the Family and commentaries on it were central texts to the feminist movement in its early years because of the felt need to understand the origins and subsequent development of the subordination of the female sex” (Burton 165). Marxist and Feminist theories applied to writing open up the blooms of context that the author writes in between the spaces of semantics. Strengthened by analysis, weakened by assumptions, each theory offers insight into novels like The Handmaid’s Tale and The Testaments. A potentially whole-bodied analysis would include parts of two or more theories to remove weaknesses and strengthen the analysis. Feminist and Marxist lenses dissect the effects on women and the working class when women are part of the manipulation process in order to further the agenda of men. Thus, work in feminist theory, including research regarding gender equality, is ongoing.

Michel Foucault, the French postmodernist, has been hugely influential in shaping understandings of power. Foucault’s conception of power is a controversial theory that has provoked a vast array of discussions since its first conceptualization in the 1970s. Since that time, many scholars have written against or in favor of his specific notion of power and it has faced different types of critiques. One of the main ideas that develop as a direct consequence of his theory is the notion of resistance against power.

A key point about Foucault’s approach to power is that it transcends politics and sees power as an everyday, socialized, and embodied phenomenon. For some, Foucault’s concept of power is so elusive and removed from agency or structure that there seems to be little scope for practical action. But he has been hugely influential in pointing to the ways that norms can be so embedded as to be beyond our perception – causing us to discipline ourselves without any willful coercion from others. Contrary to many interpretations, Foucault believed in possibilities for action and resistance, to challenge power is not a matter of seeking some “absolute truth”, but “of detaching the power of truth from the forms of hegemony, social, economic, and cultural, within which it operates at the present time” (Foucault and Rabinow 75). Discourse can be a site of both power and resistance, with the scope to “evade, subvert or contest strategies of power” (Gaventa 3).

6.1 Self Salvation of Women

Salvation literally refers to the state of someone being saved or protected from harm or a dire situation. In religion, salvation generally means the deliverance of the soul from sin and its consequences. The book name “The Testaments” is based on Old Testament, the first division of Christian Bible. Religious elements are widely borrowed by Margaret Atwood, so we can find that Gilead is regressing to the regime from Old Testament. Real Christianity is about a God who uses power differently. The gospel demonstrates God’s power to bring freedom, salvation, and fullness of life. And so, the tenet goes with: “I am not ashamed of the gospel, for it is the power of God for salvation to everyone who believes” (Old Testament, 1:16). This section mainly discusses the self salvation of female characters in varying degrees in The Handmaid's Tale and The Testaments.

The Handmaid's Tale became something of a cultural phenomenon or even a part of the history of global gender inequality (Soichet and Yang). The Handmaid’s Tale boldly defends the truth that human dignity is intrinsic to the person and can never be destroyed or lost, even under the most brutal and brutalizing of conditions. The genuine human, flawed but courageous heroine Offred offers an image in which we may see our own moral and spiritual dramas play out – our own resistance to or acquiescence to evil; our desires for comfort and security versus our higher impulses to compassion and love; our choices to keep silent or to speak out when truth is declared to be falsehood, and falsehood truth. She finds her own way of self salvation by vanishing into someplace safer. But for the whole regime, that’s not enough. So here comes the sequel.

Through the analysis of Margaret Atwood’s consummate skills in a multi point-of-view depiction and breathtaking storytelling, the thesis reveals the mutual themes and the literary significance of these two works through the lens of feminist theory and Foucault’s power theory. It endeavors to demonstrate the oppression, cooperation, and the internal growth of female images within the progress of how male-dominant power is established, maintained, resisted, and finally subverted in the patriarchy and totalitarian societies Atwood depicted in The Handmaid’s Tale and The Testaments.

From the perspective of feminism, the thesis starts with the analysis of the dilemma of women in Gilead. In the special setting of a totalitarian society, women as inferior groups suffer great pain under the domination of the fundamentalist males. Women survive on the edge of society can never be immune from the heartrending fate of being treated as walking wombs. Handmaids and other women are victims of the patriarchy for they have no choice but to endure the cruel living conditions. Through the comprehensive analysis, it can be reached that the ideology of female inferiority originates from the patriarchal culture and the hierarchy system. It’s the suppression of patriarchy that brings about women’s plight. As male power becomes the primary source of the plight and the enforcers of patriarchal power, females characters begin to react against the oppression in various ways among various spheres. With the gradual awakening of their female consciousness, females characters begin to take covert or overt actions to revolt against the everlastingly pervasive oppression. Undoubtedly, Atwood’s intention in creating these two novels not only lies in revealing the living situation of women. What she really wants to express is the strong condemnation of the patriarchal oppression and the great concern for the establishment of women’s autonomy. For the purpose of reaching this goal, women must firmly emancipate themselves from the patriarchal oppression by shaking off the restricted shackles and pursuing their own identity. Only by knowing who they are and what they are capable of, can they truly liberate themselves from their dilemma.