On July 18th, 1918, Nelson Mandela was born in a small village called Mvezo which belongs to the Umtata district of South Africa (Suttner,2007).  He was one of the world’s greatest leaders of all times. Nelson’s clan name, Madiba, was a term of respect in South African language. Challenging the apartheid dictatorship in South Africa, he then became the first Black president of South Africa (Suttner, 2007).  Nelson Madiba Mandela began the South African presidency from May of 1994 with national pride. Nowadays, Mandela was recognized as one of the ‘models of leadership’ all around the world.

Leadership does not necessarily relate to personality. However, it is about behaviour. These are noticeable set of features. There are five observable practices in all of the greatest leaders when they are at their personal best which were observed by Kouzes and Posner called the Five Exemplary Leadership Practices. These set of characteristics have proven their competence as a clear pathway for outstanding successes. From what can be seen in these practices, the typical leaders would (1) model the approach, (2) motivate a common vision, (3) modify the development, (4) allow others to perform and (5) inspire the emotion (Suttner,2007).

First, Mandela created the way. He established the set of principles on the way to pursue ultimate goals and how the South African people should be treated. He shaped the values of excellence and laid foundation for the anti-apartheid civil movement in South Africa. Mandela preferred to unite people from all classes in the society to fight against the apartheid dictatorial regime; he get insight of the significant of representative bureaucracy when it obstructed his goals. In the early years of the anti-apartheid movement, Mandela maintained the sober evaluation of the temporary political situation in South African. The key characteristics of the temporary political condition was “the subjugation of the Black African after centuries of oppression, tyranny, and exploitation by the whites in South Africa” (Varela, 2013). However, each legalized means of protest against discrimination and injustices was prevented by the Apartheid dictatorial regime. Observing the blacks being oppressed and exploited, Mandela learned the nature of oppressors and the way how to rescue the Black African. He said “A freedom fighter learns the hard way that it is the oppressor who defines the nature of the struggle, and the oppressed is often left no recourse but to use methods that mirror those of the oppressor. At a point, one can only fight fire with fire”. A military wing was formed by Mandela that recognized and damaged government facilities, demolished power plants and caused interference to communication and transportation. He created the pace and path that the apartheid fight took (Varela, 2013).

He enthused a common vision among the people in South Africa, which brings an end to racial segregation and oppression. The South African people stand together behind their common vision of the future. He created a unique and ideal world of what the country could develop (Varela, 2013). In the re-establishing process in South Africa, Nelson Mandela must have persuaded everyone on the same page and on his side. It was, of course, a difficult mission to complete especially in the context of the profound racial segregation of the temporary South African society. Mandela had to maintain the inspiration of the people by showing his strong character and dedication as well as his strong leadership. He also inspired for a common vision by emphasizing the importance of integration and equality. By consistently following those criteria, and yet again “modelling the way”, Nelson Mandela exhibited others how to network with people that considered “dissimilar” (Varela, 2013). Because of his dedication and vision, Nelson Mandela was a huge inspiration to so many people, and still is a huge inspiration up until now. His stubbornness, on the positive side, gave him his dedication and determination to lead the people into the same ideas of fairness. His “persistent sense of equality”, permitted him to remain doing what he believed was right even when at first it didn’t seem to be successful, or when others went against it (Varela, 2013). 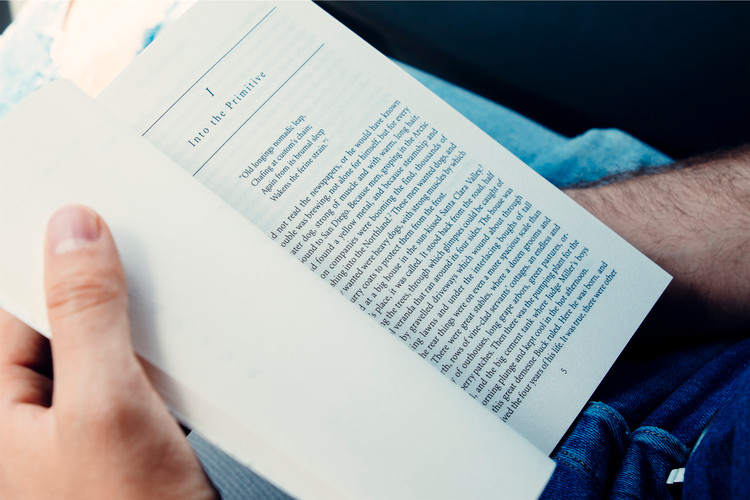 South African’s democracy would never have been achieved if Mandela had not dare to challenge the apartheid regime and put his effort into changing the status quo. He was a risk taker who “took risks’ and “hunted opportunities” that reformed the progression of South African democracy (Varela, 2013).  He was well-known for leading South Africans on the fight against dictatorship. He said “White supremacy implies black inferiority”. His words represented the nature of temporary social system. Nelson Mandela devoted his life to opposing the system which is unfair for Black African. He was an identifiable icon on the fight against discrimination, oppression, and injustice not only in South Africa but also all around the world (Varela, 2013). He was not only a politician but also was a social activist. He had strong faith in the cause of democracy, justice, and freedom. What apartheid did to the black community caused a remarkable impression on Mandela’s memory; making him to take up the cause of fighting justice for the Black African.

Nelson Mandela was an iconic leader in South Africa, and the “allow others to act” practice was exemplified by him through alliance nurturing and motivating others. He prospered in leading South Africa in getting rid of apartheid while inspiring racial integration. Although being a president of South Africa, Mandela did not become selfish and occupy power for his own. In being so modest, he enabled others to develop as leaders. The captain of the rugby team during Nelson Mandela’s presidency named Francois Pienaar could be the perfect example (Varela, 2013). By showing Francois that Africa completely supported him and the team as well as inspiring him, Nelson Mandela basically facilitated Francois becoming a leader in the victory of South African rugby team in World Cup 1995 (Varela, 2013). Mandela made the people in South Africa understand that they play the key role in the success of Africa. He enabled others to make decision and inspiring them contribute their best to his headship. His supporters not only cared him as a leader but also recognized him as a friend. Essentially, by treating everyone as if their relative in the family and being recognized from everyone, Nelson Mandela enabled others to act. Nelson Mandela “heartened the heart”. He respected the use of victories and values and recognized the efforts made by others.

It can be analysed from Mandela’s leadership style by using the transformational leadership theory. The basics of transformational leadership comprise (1) perfect influence (2) inspiring motivation (3) personalised consideration and (4) intellectual simulation (Read, 2010). Mandela was known as a person who has visionary and widely charismatic under the scope of inspirational motivation. For example, he established a group with his friends in 1943 for persuading the president of ANC to act to prevent this party from the marginalization. This goal then became the common vision of the members in ANC group (Read, 2010). Mandela is renowned to have the capability to be a hero, stimulate others, and lead the country. Using individualised consideration, he had a capability to appeal to everyone.  For example, he possessed the ability to remember others’ names hence spread an energy and warmth to everyone. He also possessed clear communication skills, management abilities, and listening skills. The leadership style of Nelson Mandela is accredited for converting the ordinary person to an exceptional individual. Under the scope of intellectual simulation, Mandela mainly had the capability of being ground-breaking and inspired. He is noted with an exceptional memorable skill, learning skills and detail-oriented characteristic. When approaching an issue, he always considers the problem from both positive and negative sides.

Nelson Mandela showed many features of a great leader. Nevertheless, he broke the rule of common vision, and starting negotiations between the government and ANC secretly was exemplified by him (Read, 2010). The ANC policies on negotiations has been severely violated in this case. South Africa could have deepened into extreme chaos like a civil war just by this attitude. When Mandela said that his colleagues would not approve of the idea of government negotiations, it is clearly that he was not also having a mind of a transformational leader. Mandela said “I knew that my colleague’s upstairs would condemn my proposal, and that would kill my initiative even before it was born”. His action opposes the element of transformational leadership. Furthermore, while Mandela followed to the idea of collective leadership, he believed that leaders must undertake things and decide without prior consultation.

There is an individual assessment standard used for the development of work productivity communication as well as collaboration called DISC. This non-judgmental tool assisted people direct their behavioural transformations. In the case of Nelson Mandela, Dominance would represent the behaviour of compliant challenges. Influence represented optimism and enthusiasm. Steadiness would be showing the set of helpful actions and humbleness. Finally, C stand for Conscientiousness, Mandela adored freedom and his reasoning was unbiased. Mandela would be placed in Activator, Strategic and Futuristic by the strength finder assessment. Mandela was an activator; he activated things happen; transformed thoughts into action. He was strategic since he altered the apartheid dictatorship into the democracy for South Africa, futuristic because others were inspired by Mandela with his vision of the future. Mandela characteristics group would lean towards the letter code named as INFJ. It was abbreviated for introverted-intuitive-feeling-judging. Otherwise, this characteristics category is mentioned as the advocate. This is a rare personality in not more than one percent in all demographics; nevertheless, these people leave a noticeable mark in the history of human beings. Nelson Mandela was recognized as a diplomat (NF); an intuitive sense of idealism and morality and a judging characteristic (J), which set him aside.

This essay is about Nelson Mandela, one of the greatest leaders of all times. In this essay, there are an analysis of the leadership style of Mandela under the scope of Transformational leadership theory and the remarkable quotes was left to the future generations by Mandela. The meaning of nationalistic was taught by Mandela (Read, 2010).  He also gave a vision for Africans that African nationalism would be a good force that stood for liberty and accomplishment of Africans.  He changed unfairness, subjugation, and misery that the Black Africans faced into a national fight. It was a fight of the Africans, by an Africans for the right to live. According to Mandela, what he intended was not the dominance of one individual group but fairness of all. His practices and leadership style are still an encouragement to many people until today.