Essay格式范文：Inequalities of Workers in the Global Clothing Industry 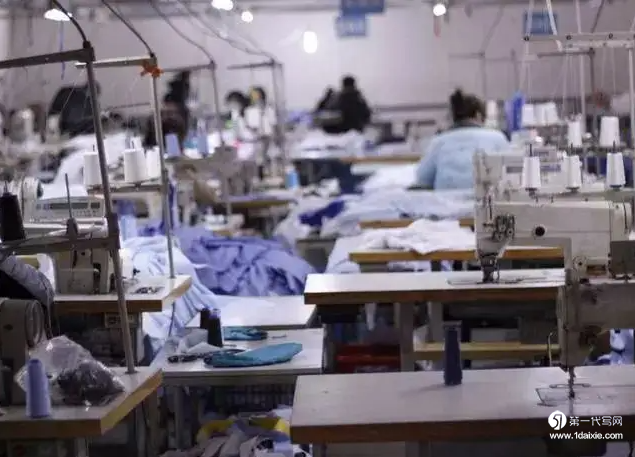 The term globalization is used to describe the combination of geography, people, governments and the global economy. Globalization can be defined as “global economic integration of many formerly national economies into one global economy,”[2] this is important because it defines many individual economies becoming one. Split into two different areas; the developed countries in the Global North and developing countries in the Global South. As one would expect the majority of production and labour occurs in developing countries in the Global South and is exported to richer countries to sell the products. This is because multinational companies fragmented their production line to take advantage of cheaper costs in the South such as; cheap materials and cheap labour as different countries have different laws on wages. Another factor as to why companies use developing countries to manufacture their products is improved transport. Since planes became the common method of transporting cargo more countries in the Global South have become involved in the production line. This is because before planes, ships were the method of cargo transportation which weeks to move products whereas planes became quicker methods moving products in a day. Furthermore, this meant more products could be exported such as perishable goods like food, expanding globalisation into more countries in the global south. There is an increased number of companies moving their production factories to countries in the South to exploit raw materials and cheap labour costs, for example Zara. “As a number of supplier firms in countries such as Morocco, India and Turkey have gained the competence to manufacture intricately worked high-quality garments with the required flexibility and speed, Zara has turned to sourcing from these countries”[3] meaning Zara has decided that countries in the South now have good quality materials and improved facilities now sourcing raw materials from them as well. 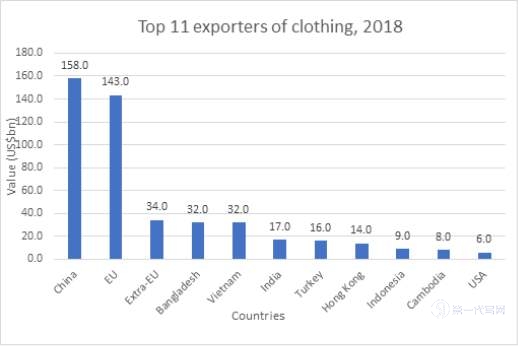 The Global South employs millions of people in the clothing industry due to many multinational corporations moving their production factories to less developed countries. There are many examples of the benefits and negatives this industry has on the workers in these countries. Vietnam is a developing country in the Global South that relies heavily on the global clothing trade to grow its economy. “U.S. clothing imports from Vietnam grew from virtually nothing in 2000 to $3.2 billion in 2006”[5]. Furthermore, “Vietnam has considered export the key to economic development”[6] showing the importance of globalisation helping these countries as it gives them a much larger market and employs more people as well as growing the economy, “garment export has reported the largest export turnover…and is now the country’s second largest export item after crude oil.”[7] “In 1995, Vietnam’s exports of textiles and clothing were worth $766 million,… data for 2006 has the total value of Vietnam’s textile and clothing exports at $5.83 billion.”[8] These statistics show that the amount of export earnings of exportation of clothing has increased significantly between 1995 and 2006. This is beneficial to the people of Vietnam for several reasons. It improves the country’s economy which allows the Vietnamese Government to invest money into improving the lives of Vietnam’s citizens. This further “shows that the growth of exports has had a significant positive effect on employment”[9] because of the movement of production factories to Vietnam many more people can be employed in this industry reducing levels of unemployment.

Another developing country in the South that has been impacted by the global clothing trade is Bangladesh. However, this time it has had a negative impact rather than a positive one. “On 24 April 2013, in the Savar suburb of Dhaka, a building complex which housed several garment factories collapsed leaving 1129 garment workers dead and a further 2500 injured”[10] this is a severe impact of the global clothing trade. It was later found out that “the building had seen four floors added without planning permission”[11] The lack of thought to the workers and their safety was evident and the reputations of big companies such as Primark were tarnished as they had not taken the correct precautions to prevent a disaster like this from happening and they received a heavy backlash. This shows the ugly side of the global clothing trade and the negative impacts it can have on the developing countries reliant on it.

Currently there are several issues in the Global Clothing Industry. With regards to the human rights being violated, poor working conditions and poor pay there are several responses in place to try and combat these issues. One response to combat the growing problem is slow fashion, which means companies try to produce quality items that last longer. It is the response to fast fashion where consumers by products to only wear it once before purchasing more items. “We understand slow fashion to mean not only slowing down the consumption and production processes, but also protecting the well-being of the workers, communities, and the environment.”[12] This helps workers by giving them a fairer living wage and helps the environment as there is less transport costs and less raw materials being used up in the production of fast fashion. Another response is improving the working conditions in factories in the South. The Runa Plaza collapse in 2013 due to poor building regulations was a wakeup call to many multinational companies. “Within weeks of the disaster, a host of leading clothing brands had signed up to the ‘Accord for Fire and Building Safety in Bangladesh”[13] meaning that companies had come forward like Primark and realised that the workers needed safer working conditions and regulations put into place to ensure the safety of workers. Furthermore, there are more rights for workers being put in place by organisations like the International Labour Organisation who fight to give workers more rights in developing countries. “the number of companies adopting and disclosing on the ILO’s workplace human rights standards has significantly increased since 1998”[14] This shows that slowly workers are being more looked after as companies are putting these rights in their corporate social responsibility and putting them into practice in their factories. A final response to combating issues in the global clothing trade is the charity Fairtrade. Fairtrade aims to help workers in developing countries get a better deal for their work by giving them a fairer salary.

In conclusion, there is still a big divide between the Global North and South with poor working conditions and pay. However, responses have been implemented to try and counteract these issues with varied effect. Although they are in place, it is impossible to make sure all companies give workers good conditions and pay. It relies on companies doing right by their workers and organisations like International Labour Organisation and Fairtrade to keep campaigning for workers’ rights.